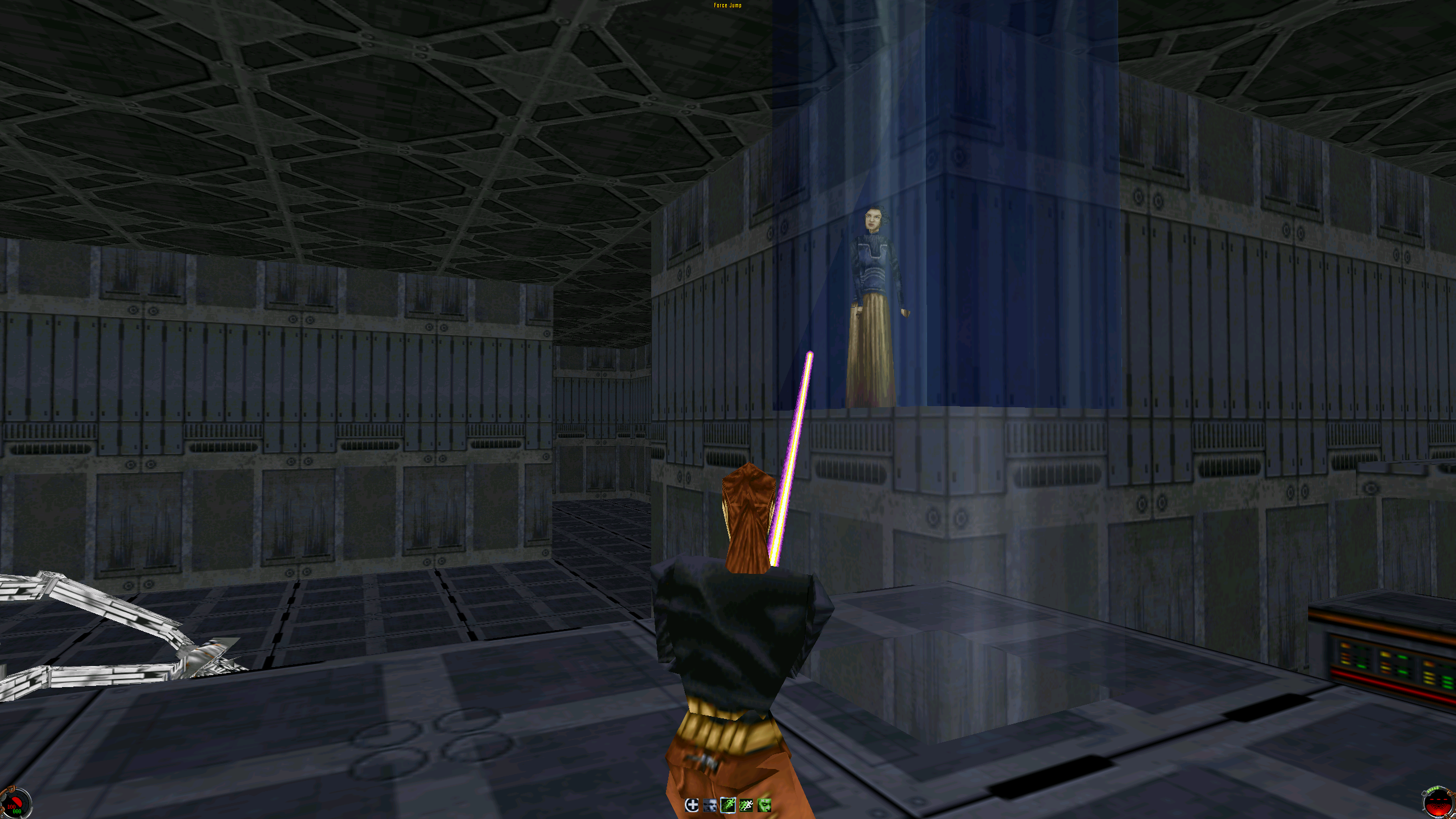 My two daughters and I are collaborating on this project. Our goal was to make our own level with plenty of emphasis on the fun stuff you can do in JK/MOTS... that is if you think watching a seeker-detonator spiral in on a probe droid 300 meters above you is fun.

In our level, General Zahn has captured the Princess and is holding her prisoner deep inside his base behind an elaborate network of force fields. To vex any would-be rescuers, General Zahn has a diverse collection of  thugs in his employee as well as a number of former Imperial troops who turned mercenary after the destruction of the second Death Star.

Mara Jade's objectives are to enter the base, capture General Zahn's command center and penetrate his network of force fields in order to free the Princess.