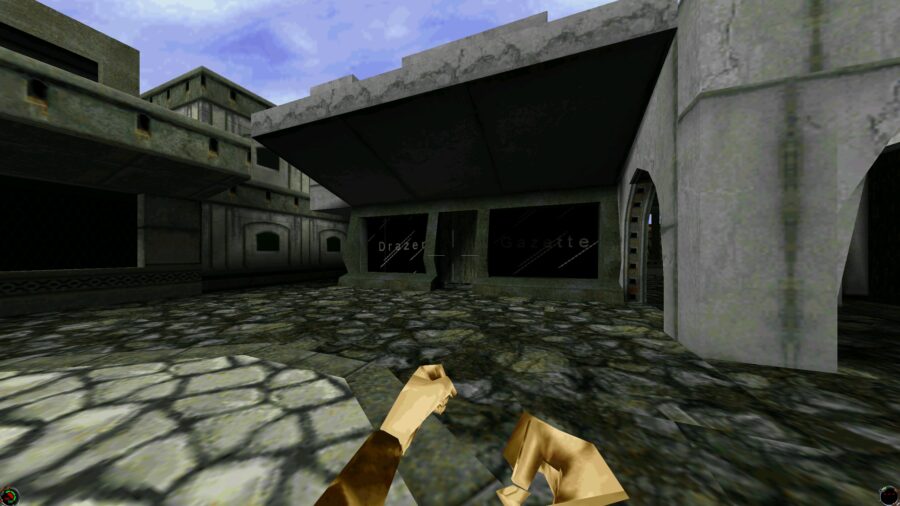 A long time ago, on an Island far far away (well....this one actually)....when the Empire still held the planet under it's control - five men and three women arrived on Drazen's at that time untouched and uninhabitated shores to start a new life. The reason why they abandoned their homes on the planet's mainland to come to an unknown and unchartered Island was simple. They were fugitives. Referred to by Drazen's current inhabitants simply as, The First.

Exactly why they were on the run is a mystery and much debated among the Drazen populace and visitors. The most widely beleived theory is the one told by the owner of the Scholar's Haven Bookstore, Arby, who has spent many years researching the island's history.

He believes that the 'first' were originally a part of the Rebel Alliance's operation on the world. After receiving word that Imperial forces had uncovered several mysterious relics at the ruins of a then recently unearthed Sith temple, a team was dispatched to intercept the relics before they could be shifted off planet and into the Emperor's hands. As the relics were being loaded onto an Imperial shuttle - the team struck. Though over half of the assault team was killed, the day belonged to the Rebels.

The survivors of the raid knew that the Emperor wouldn't rest until he had the relics back, so they knew they only had one hope - to disappear....and that's where Drazen Isle came in....... according to Arby.

Located in a large cluster of small islands far from the mainland and offering enough native food and fresh water to sustain all eight of them, it was perfect.....or at least - it was at the time.

Eventually others stumbled upon the island and before long their secret haven was becoming a not-so secret getaway place for mainlanders. As the Island grew in population the small group of eight realised that they would need to do one last thing to protect themselves (and the families they had started in the long years since the raid). So they did what they had no choice but to do - hide the relics.....and hide them well.

Each of the 'first' took possession of a single relic, then hid it somewhere on the island. A map in the form of a riddle was made for the location of each relic to aid in their recovery should it one day become necessary to do so. As added protection, the riddles were written in a now-extinct language known only to a handful of people through-out the galaxy. What became of these maps, is