Basically the spaceport level with civilians, homes, a jail some ambient noises. forcefields, they are pretty common as a "door" for homes but i also put one in front of the jail so you don't have to keep an eye on your prisoners every second. The jail is in the place where you would have found the rail detonator (moved it across the street) the slashable grate cog is gone for that grate so don't  worry about them trying to escape. ALL FORCEFIELDS ARE ON at the starting of the level but there is always a back way into a house, the jail forcefield damage level is pretty low, (pretty much just a sting) but the houses forcefields can hurt you up to 20!

Level by: The Avenger 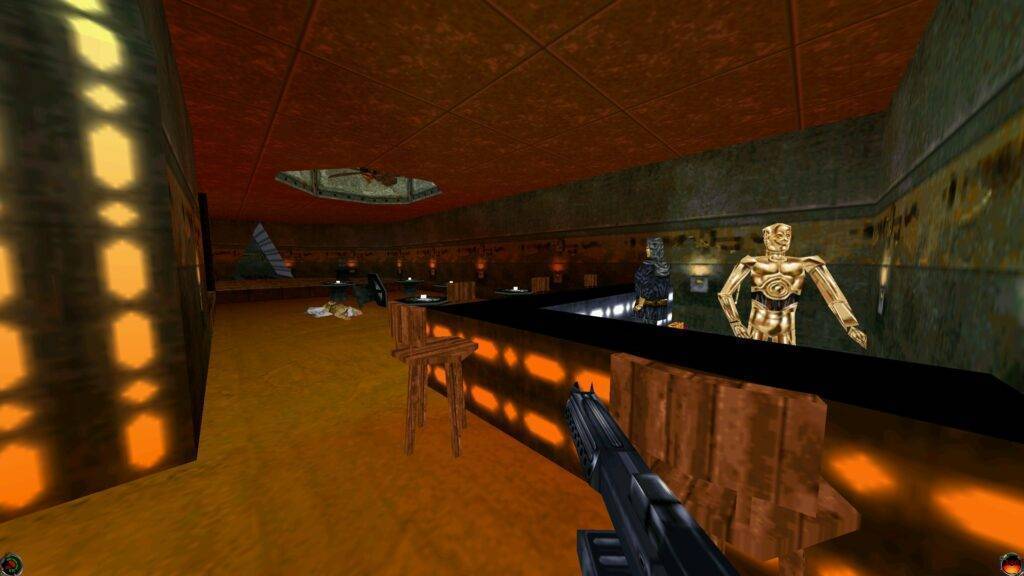