SLJ CTF at the Lost Planet 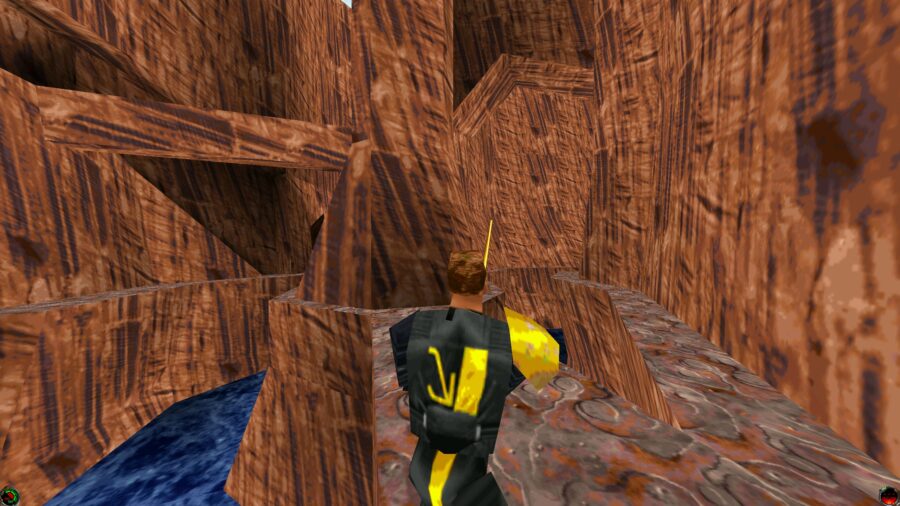 This level is basically a conversion of the Lost Planet level from single player into CTF. I took the deathmatch version (credits to Jeff Walters) and switched it into CTF, and added a few things as well as removing all unnecessary sectors/things/cogs so load time would be less. Now, the red flag is at the original start point of this level, and the gold flag is by the open area w/ crates and the control room. Red team starts off with little weapons near, but a concussion rifle is close by w/ ammo. Plus, some mines and shield units are at the base. At gold base, all the items have remained the same except for the addition of a rail gun by the rail gun ammo. There is a medical droid in one room upstairs (by gold base), which you'll need because the river below is now a river of ACID! For every second you are in the water, it will take 5% health from you. Also, by taking the high roads, you can get to the other base easier and safer, so I put a two way door requiring a gold key on one side, and a red key on the other. That way, once you get the keys, you can make the trip safer (and avoid the acid!). I plan to convert more levels, starting w/ Cardia version2, so drop me a line and tell me what you think! Eventually, I plan to make my own level from scratch, once I get enough experience using JED. Until then, I will be pumping out the CTF conversions as fast as I can for all you CTF maniacs out there!

Level by: SLJ GrenadeLady (and Jeff Walters, the person who first converted this level to deathmatch, which is where I got the file from!)