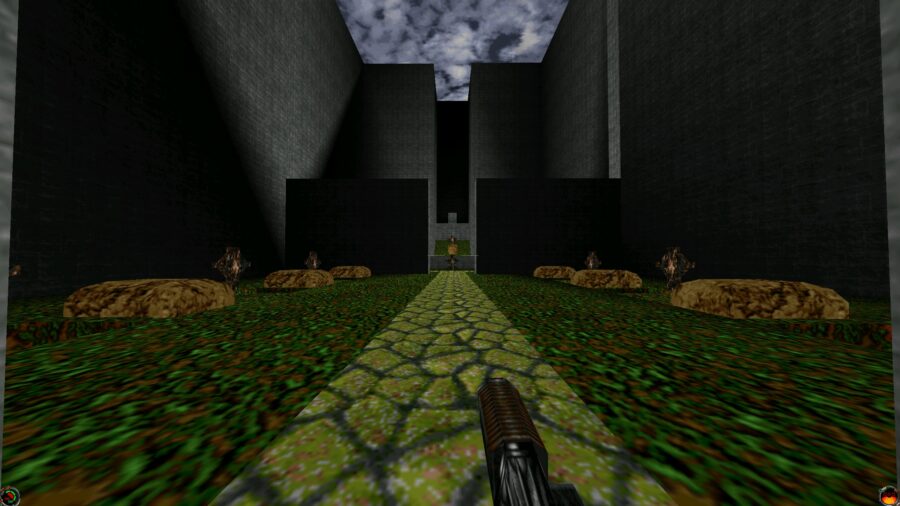 What happens when imaginary power is combined with Jedi Knight editing skill? The answer is Purgatory.

It all starts in the battle field, the Imperial troops are invading your hillside village, and you will not stand still and let this turn of events take place. You gather up as many warriors as you can, and march to certain death against the invading Imperial forces. After just seconds of fighting you realize the battle is futile,  but it is better to die on your feet then live on your knees. You drop to the ground from the force of a laser blast traveling through your body. You fall to the ground feeling the pain, the glory, and the horror of dying in war. Your wounded body lie on the cool grass, while others continue to fight over you. The pain of  your wounds nearly drives you to insanity, but your pride gives you a sense of peace, knowing that you died fighting for your freedom, but then you begin to wonder if the cost you paid was worth it. You begin to wonder if killing the men on the opposing forces, and sending your own people to their death was all  justified. Then your soul is overtaken by fear, the fear of eternity. The human mind was not designed to think upon such abstract ideas, and you begin not to think at all. You no longer have control over your body, and all you can do is gaze, gaze into your past, and what very well be your future, you gaze into the  eyes of your dead corps, wasting away to nothing... all in the name of war, the name of death, the name of evil. You are swallowed up by the heavens, to be given the final test, the questing on this test is simple, there are two choices, life or death, blessing or cursing, both for eternity. Now your fate is in your own  hands, a place it was never meant to be held. Welcome to Purgatory.