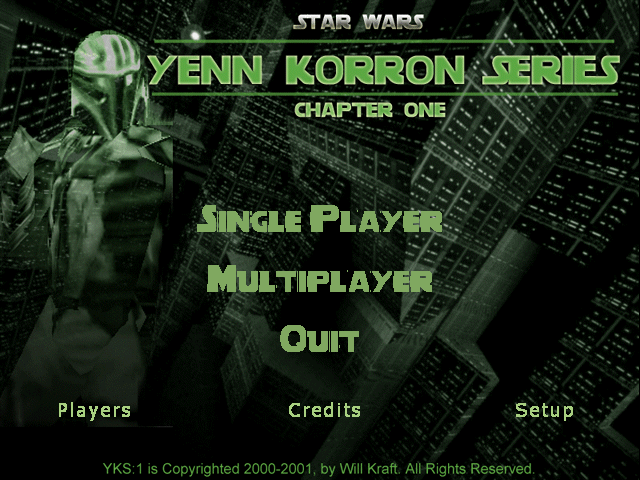 Through the cockpit canopy, the mottled blue sky of hyperspace shimmered, and then stretched into glowing streaks of light that funneled down into infinity. A faint reflection of the starlines reflected off of the visor of the small ship's pilot. Anyone that might have been observing would have noticed a slight distortion in the black backdrop of space as Yenn Korron's ship burst seemingly out of nowhere and arced across the Nal Hutta system to the main inhabited planet of Nal Hutta, the home world of the Hutt species and the center of the vast Huttese crime network. The planet looked serene and beautiful from space, Korron noted, but everyone knew that below the layer of frosty white clouds the entire planetary surface was composed of endless chains of swampy land. The sky was always an overcast gray, although no one knew whether or not to contribute it to centuries of pollution or to the seemingly permanent clouds that flooded the already soggy surface with an endless drizzle.

As Korron's ship soared into Nal Hutta's gravitational field and began arcing across the horizon towards the night side of the planet, a small twinkling orb became larger and more detailed by the second. Slowly, it grew to fill the entire view port, it's surface completely built over with layer upon layer of buildings. Because the moon was so small and so much of Nal Hutta itself was permanently flooded, the moon Nar Shaddaa had been developed over the centuries, until the buildings stretched skywards to give Nar Shaddaa it's common nickname: The Vertical City. As Korron's ship entered the atmosphere of Nar Shaddaa, minuscule airborne grease deposits attached themselves to the transparisteel canopy, eventually covering it in a thin layer of grease thick enough to create halos around the millions of lights that seemed to cover every conceivable surface. Nar Shaddaa was a smuggler haven, where smugglers went by the billions to do their illegal activities unscrutinized by the Empire.

Korron personally didn't care about galactic politics. The Empire did nothing to fight crime, so there were plenty of small-time thugs to post bounties on. The only winner in this game was Korron and others like him, whose trade kept the criminal population in check.
As Korron cruised over the decaying buildings, he heard a rattle in the cargo hold. That was just his latest capture, shuffling around in his cell. He had captured this one in a system about 8 parsecs away, and his ship couldn't complete the journey without stopping to refuel. The streets below Korron's ship teemed with creatures that would stab you in the back just to prevent you from picking up a lost credit chip laying in the street before they did. Such was life around here, an endless drama of murders and betrayals. Under his helmet, Korron smiled as he flexed his gloved fist, causing the deadly katar blade carefully concealed in his glove to slide out with a faint metallic ring. The blade was honed down to the width of a molecule, the metal being of among the hardest and strongest in the galaxy. He could do his share of backstabbing as well, should the need arise.

Then there was the prax rifle, the energy cell equivalent to the deadly rapid-fire repeater rifles that were carried by high-ranking imperials. Granted, the prax was slower, and fired the triple-burst spread unique to repeaters, but it was smaller, had a longer range, and did more damage than the conventional Repeater rifle. Repeaters were too impractical to use, simply because they needed expensive power cells to fire. Even on Nar Shaddaa, power cells would be hard to come by, no doubt. Fortunately for Korron, the Prax used energy cells, which could be bought or stolen from about anywhere.

Sighting a vacant docking port, Korron maneuvered his ship onto the landing pad and shut down the engines, unaware that the power regulator indicator for the force field cell doors was flickering slightly. After checking on the bounty in the hold, Korron ventured outside the ship to get the grimy fuel pump working. While the ship was fueling, Korron secured the ship's hatch, sealing the hydraulic locks. Then he strode away into the filthy streets of Nar Shaddaa. The very same grease that covered his cockpit canopy also drifted down to cover the deck plates on the city walkways with an indelible grime. Junk sat everywhere, long forgotten. Various alien gang members waved their blasters at Korron, cursing at the bounty hunter as they patrolled their various gang territories, each looking around for something to shoot. There were hardly any stormtroopers around. The local imperial commander was paid far more than his normal imperial salary to simply ignore the blatant crime in the streets and sky ways of Nar Shaddaa. The Hutts had money to burn, and bribing the local imperial commander was cheap insurance for them. It was a normal sight around here to see bribed stormtroopers guarding crates of contraband along with the criminals. Korron turned into a weapons shop to stock up on energy cells. So far, this looked pretty simple. He talked awhile with the shop owner, but he was still able to hear The prison cell force fiields deactivate when the power regulator blew out. Korron swiped the energy cell on the counter, forgetting to pay the shop owner, and ran back to his ship, hoping that he would not find what he feared....

Level by: Will Kraft 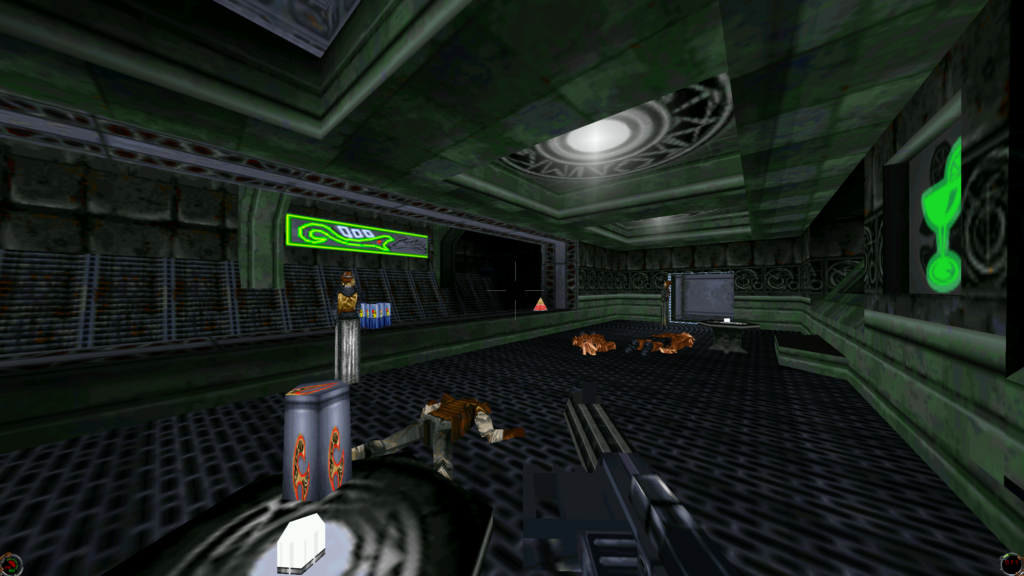 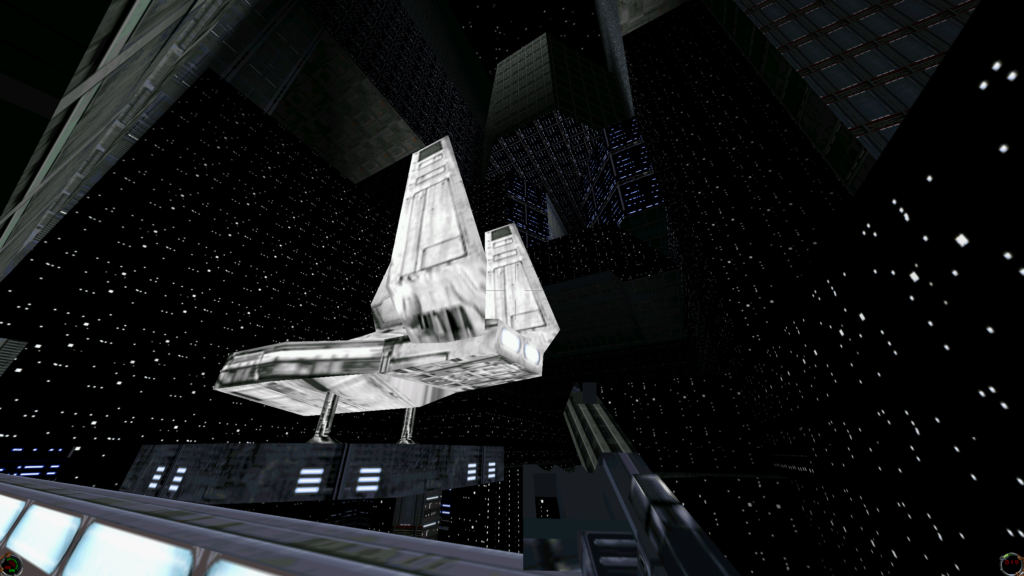 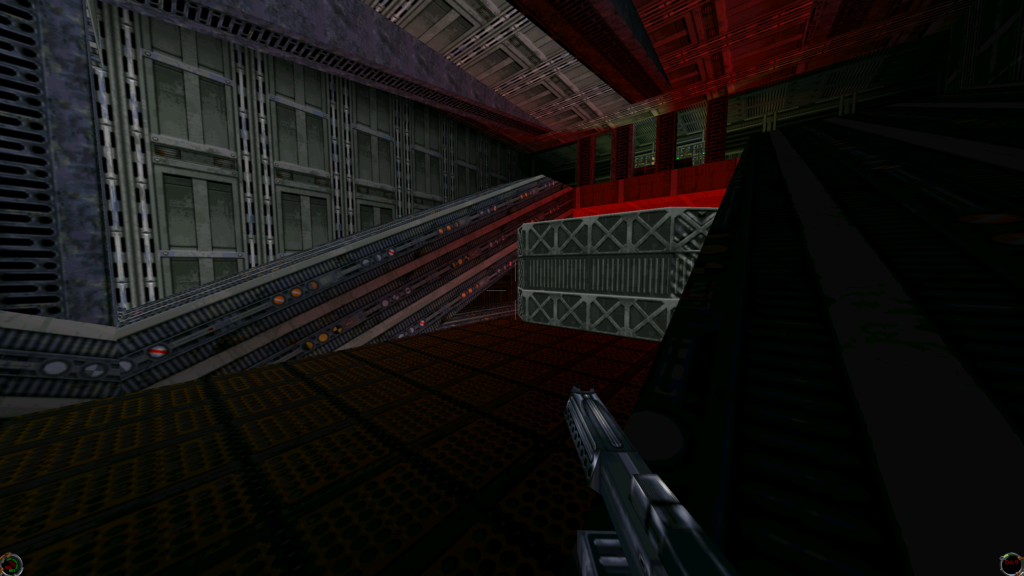