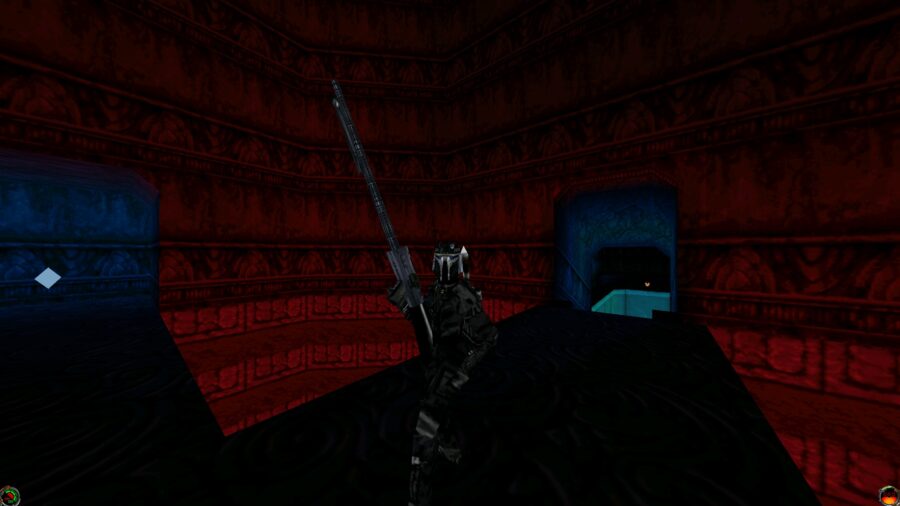 The Mandalorian Wars 3 Conversion creates FOUR entirely new and
or redesigned character classes for use with The Mysteries of
the Sith add-on. Each character has different equipment,
weapons and Force powers. Much of the gear from Mandalorian
Wars 2 has been upgraded and streamlined, plus there are some
entirely new features! Shield Strengths have been modified,
Bacta Tanks distributed. Weapons have also been reassigned,
creating an offense that is both formidable and fair. There's
even a new weapon for the Mandalorian Class: The Big Gun. Some
of the new characters will have some limited Force Powers, and
all will have access to some of the nifty toys that make the
Mandalorian Wars Conversion so much fun!

All of the Character Classes will start with certain basic
equipment and weapons. Here is a listing of the basics:

1. Grapple Hook (Assign keys: One to grapple, one to "stick")

This is the favorite of many a Mandalorian, a GRAPPLE HOOK that
will stick into just about anything (or anyone for that matter!)
and then reel you towards the hook. Press and hold whatever key
you assign (I use mouse button 3 for the HOOK) and the grapple
shoots out. When it encounters a surface, it starts pulling
you towards that surface. Let go of the button to release the
GRAPPLE HOOK. One must be careful when approaching surfaces at
high speed; a technique to learn early--let go at the last
second and then shoot again from a closer distance. This latest
version adds an assignable "Grapple Stick" button that allows
the grapple to remain hooked while you go about other
business... I have noticed that if one uses another gadget or
Force Power while being reeled in, the hook will also stay. Be
careful! Sometimes you have to "unhook" rather quickly by
simply activating the hook a second time.

The "rope" of the GRAPPLE HOOK is "invisible" and appears to be
unbreakable. (And, it sometimes appears to pass through
things--try spinning around a catwalk...) The hook will
dislodge if a blast is sufficiently close enough--be careful.

Sometimes the GRAPPLE HOOK and JET PACK, when used together, get
a little confused. You must land on the ground for the Jet Pack
to turn off--however, grappling to the side of a building (while
running the Jet Pack) will befuddle its circuitry and sometimes
you'll fall even though the Jet Pack is still running. Try
giving it a little more gas (go up). A key is assignable that
will anchor the grapple AND kills the Jet Pack engine--this
really helps!

If one dies after shooting the GRAPPLE HOOK (and before it
connects with a building), ones body will get pulled to the hook
when it finally does connect.

I have also discovered that grapple hooking up a narrow tunnel
is quicker if one performs a 180 degree turn between successive
"hooks". (The hook shoots a little farther than is possible in
a static orientation.)

Yes! This handy device eliminates the need for the Storm Rifle
Scope in most circumstances. It allows you to see up close and
personal (without any change in lighting) any target or area and
works with all weapons, equipment or Force Powers. It doesn't
work underwater, however. This is perfect for the sniper
attack. Keep in mind that it also does not upgrade the
accuracy of the Storm Rifle the way that the standard scope
does. (But you have that, too!)

This one's great! Automatic underwater breathing, no muss, no
fuss and no time limit. Jump in the water and it kicks in
automatically.

How handy would a little floating camera be, one that could fly
around and scope out enemies hiding around corners? Here it is!
This camera also uses the IR SCANNER if you have it turned
on--find 'em in the dark. There is a limited time of operation,
and also a somewhat limited size that it will fit through.
Forget cleaning your ductwork with this baby--although, I found
a nifty little bug--or feature for that matter!. Walk up to the
opening edge of a door, push your face right up tight, activate
your SPYCAM, move it forward just a bit and Voila! See who's
hiding on the other side of the door! Use forward key or mouse
button to move forward, press fire on mouse or key to shut off
the SpyCam.

The Targeter is good for those times when the Storm Trooper
Scope sight gets in the way. When you are not using the normal
default sights that Lucas Arts has for the game (and you are
using the Zoom), you can hit the Targeter key to completely
remove the Scope sight to get a better view of an area. Then put
it back on for the kill by hitting the Targeter key again. One
other thing that it does....try this: Zoom in with the Target
Zoom and then hit the third person view key. The sight is now
over the head of your player character. Hit the Targeter key to
remove the sight. Now the Target Zoom is a third person Target
Tracker it will target other players like the Mandalorian Target
Tracker does (although it has a limited range). **I didn't want it
to be able to scan as far as the Mandalorians can with their
Target Tracker (which works in both first person and third
person views).

6. IR Scanner and Field Light (Assign keys: one for each)

The IR SCANNER is the Night Vision Goggles--only now you don't
have to worry about burning out batteries. You have unlimited
time to peer around in the dark. The IR Scanner is also a Target
Scanner with a limited range of operation!
Or maybe you'd rather flip on the FIELD LIGHT.
Same thing here, no batteries to fuss with,unlimited time.

7. Vader Breathe (Assign keys: one)
You can assign DARTH VADER BREATH to a key just
in case you want to use it above water to confuse and intimidate
your enemies! They may believe your in the water using the M5B Unit.
You can also use it while using the new Darth Vader
supplied by Red from "Skinners", or use it with the Mandalorians.

Some equipment is available only to certain character classes.
Here's the scoop.

1. The Jet Pack (available to Mandalorians) (Assign keys:3--Up,
down, and off/grapple anchor)

Plain and simple, the Jet Pack allows the Mandalorian Class to
destroy you from above. The JET PACK is a standard personal
flying device. It recharges it's fuel automatically when the
user is standing on a surface that has gravity. Maximum fuel
is 500 units. There are automatic readouts that inform the
user of the fuel status. If the unit is damaged from enemy
fire, it will lose fuel. Land quickly or you will fall.

Once you are in the air, your normal motion controls will move
you about (forward, reverse, sideways, etc.). Be careful when
approaching any surface (wall, ceiling, floor) as excessive
speed will cause you to take damage. You can also use the
grapple hook while flying, but watch out! Releasing the hook
will cause you to fall unless you give it more gas! (Fly up!)
You can also shut down the JET PACK by assigning a key to the
grapple anchor/JP off function.

This is NICE! Pretty basic in operation, and amazingly
powerful in use. Set your coordinates, run somewhere else and,
poof!, a second press of the button brings you back to where
you locked in. Want some fun? How about a game of Rooftop
Chicken? Set your Teleporter coordinates at the top of a tall
building, jump off, and at the last second teleport back to the
top of the building! See if you can brush the ground with your
rifle! It's also fun to have somebody chase you--two presses
and you're suddenly behind them! Fun, fun, fun!

3. Rocket Dart (available to Mandalorians and VanGuards) (Assign
keys: one)

The Rocket DART is a good weapon for the surprise or quick
draw. It is always available, but be careful during close
encounters. It uses standard RAIL GUN CHARGES and they can be
dangerous if exploded too close to yourself.

Savvy Mandalorians will note that the rate of fire is somewhat
faster than the Rail Gun. Could come in handy....

The TARGET SCANNER is used to find your elusive quarry. The
scanner draws circles around your foe when he moves into your
line of sight--very handy in dark conditions or for long range
destruction! A must for the M3Gravity level!

This is what it says: a Big Gun. A faster firing rate than the
Concussion Rifle and almost the same sort of damage, The
Mandalorian starts with one of these. It replaces the Bryar
Pistol, but characters other than the Mandalorians don't start
with one. They are hard to come by, too. (Can you say Force
Pull?) Watch out...or be dead.

The most familiar class to many players, the Jedi Knight
retains the Force possibilities established in the original
Mysteries of the Sith add-on. Force Protection, Force Healing
and the Saber Throw have all been edited and the Light Saber has
been updated and improved. See the Chart for his starting
powers, weapons and equipment. (Note the cool Luke Skin.)

Bobba Fett and his ilk, now available for some severe death
matching! This is the classic Mandalorian with all of the best
equipment-Jet Pack, Rocket Dart, Target Scanner, and of course,
the Big Gun! The Mandalorian Skins are just about the best out
there--scroll through all of them! Take a look at the Chart to
see how he fares at the outset.

These guys are also plenty familiar, encompassing the Rebel and
Imperial Soldiers. They are the next most powerful Force users
in the game, having Force Jump, Seeing and Persuasion at their
disposal. They also start the game with a Seeker Rail Charges
available...as well as the basic equipment package. Again, take
a look at the Chart for all the Stats.

The new kids on the block bring with them some of the neatest
toys! These are the guys with the Telporters--you have to check
it out! Scroll through all the different skins--they're quite
cool. They have the standard equipment and a certain hardiness
derived from their 8 Star Force Defense. You know where the
Chart is--check it out.

Enjoy these changes and additions! 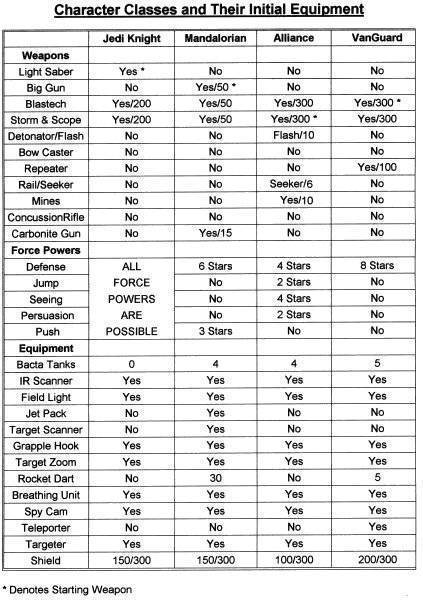 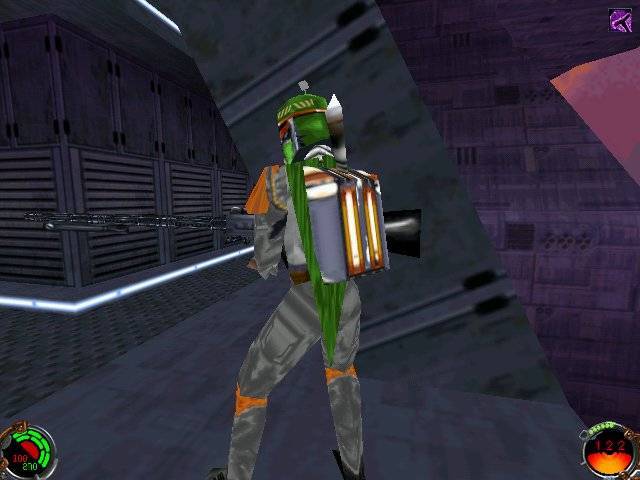 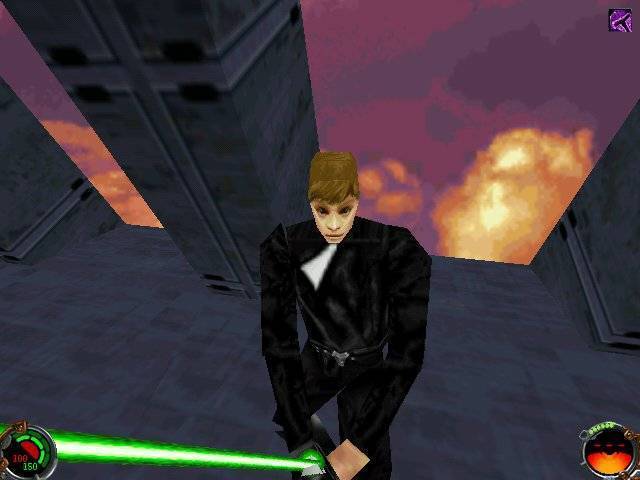 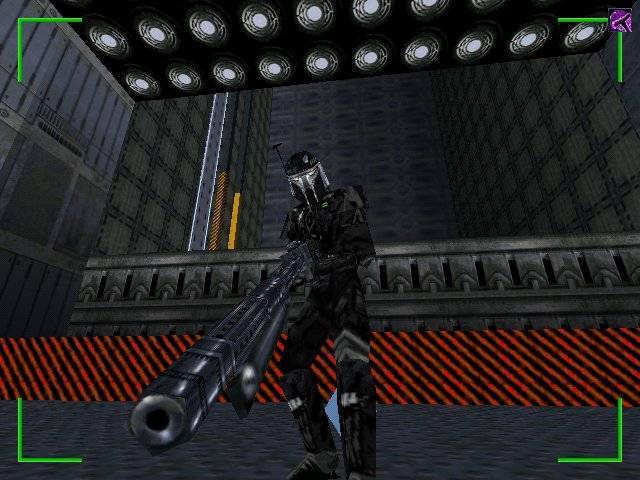 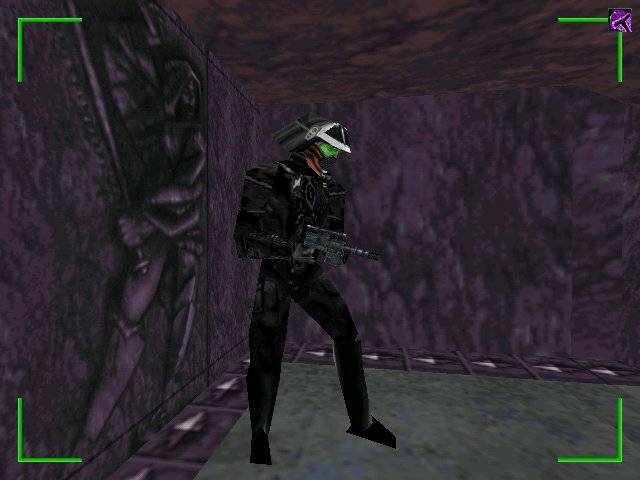 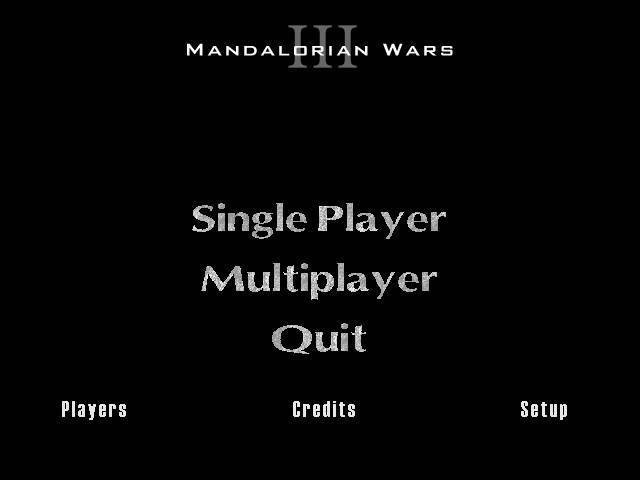